“I always thought no one cared…then I met the wonderful folks at MLF.” – Ellis 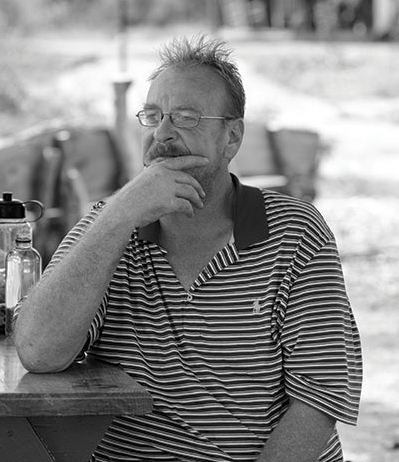 Sadly, many of our homeless brothers and sisters share the same view of the world. This is especially true during the holiday season. Our homeless friends are alone, hungry and vulnerable.

This was true for my friend Ellis. Raised by his mother, his father was an alco-holic and absent most of the time. When his father was around, he was abusive to both Ellis and his mother. By the time he was in high school, Ellis resorted to drugs and alcohol to escape the emotional and physical cruelty in his home. It wasn’t long until Ellis landed in jail, and while he was serving his time, both of his parents died.

As we developed relationships with our homeless neighbors, we learned that the primary cause of homelessness is a catastrophic loss of family. This was the breaking point for Ellis. After being released from jail, Ellis was alone and literally starving on the streets of Austin. Thankfully, another homeless man told him about the meals served from the Mobile Loaves & Fishes trucks.

For our homeless neighbors, the Mobile Loaves & Fishes trucks are a welcome sight of hope and friendship. Our trucks and volunteers bring more than a healthy meal, new socks, or a warm blanket; they bring compassion and community to those who have suffered a devastating loss of family.

After several minutes of shifting and negotiating various levels of discomfort, I settled at [...]

Stories from the Streets – Amanda Quraishi

Until last summer I worked an organization called Mobile Loaves & Fishes, which serves the [...]

Stories from the Streets – Meagan Jones

Sleeping on the Sidewalk Sucks. A few weeks ago I went on a [...]